What did radical translations look like in Hungary, Switzerland, Italy and Brazil? We are at the MLA seeking answers to this question 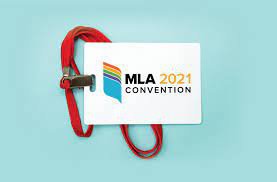 Have a look at our panel on 'Radical Translations: The Transfer of Revolutionary Culture'

“Translating Freedom in Geneva: The Bibliothèque britannique (1796–1815),” Karine Zbinden, U of Sheffield

“The Circulation of Mary Wollstonecraft’s Vindication, but Not Really: The Birth of Feminism in
Brazil,” Luciana Carvalho Fonseca, U of São Paul