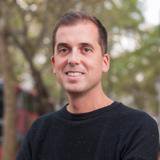 Brecht Deseure obtained his PhD in History at Antwerp University in 2011. He has worked as a postdoctoral researcher and as a lecturer at the universities of Leiden, Leuven, Passau and Brussels. His main research interests include the relationship between History and Memory with a particular focus on the period of the French revolution and the Napoleonic Empire; the history of France, Low Countries and Belgium and their constitutional developments. In Radical Translations he explores the wide variety of texts that circulated in different translations and version between Britain and France. Besides the bibliographical research he is tracking the paths of translators who moved across the Channel and contributed in various ways to the diffusion of radical ideas during the revolutionary and Napoleonic period.